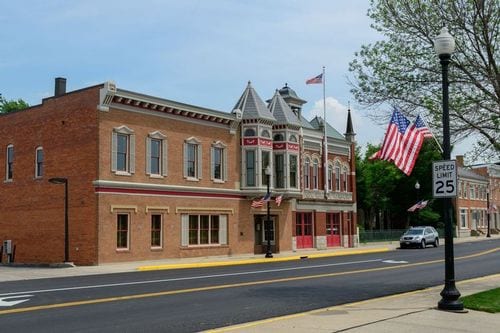 Lancaster Furnace & Air Conditioning is proud to serve the residents of Breman, OH! If you’re located in Breman, OH, and looking for quality Heating, Cooling, or Indoor Air Quality services, choose us for your next service call! We service all brands of HVAC equipment, no matter how old. We’re the experts in furnace repair, A/C maintenance, heat pump repair, humidifier installation, tune-ups, and much more. Schedule services today!

Getting to Know Breman, OH

Located in Fairfield County, Ohio, the Village of Bremen has a population of 1,452 people. Named after a Bremen in Germany, the village was laid out in 1834. Every year in September, the village has a celebration called Oil Derrick Days to remember oil industry heritage as the Bremen Oil Field was discovered there in 1907 and became the setting for an oil boom that lasted until the 1920s.

The village has one public school, Bremen Elementary, and it is run by the Fairfield Union Local School District.

Bremen is known for its Victorian architecture and bricked-lined streets. It has a lot of industries such as Worthington Industries, McAuley Manufacturing, and Stuart Burial Vaults. It sits in the basin of the Rushcreek Gorge.

At Lancaster Furnace & Air Conditioner, your comfort comes first. When you need a professional, we have certified Heating, Cooling, and Indoor Air Quality technicians who will get the job done in Breman, OH! We can tailor a variety of solutions to suit anyone’s needs and budget.

We care about our customers, and we’re excited to serve the people of Breman. We pair our cutting-edge products with superior customer support to leverage the most value at the most competitive rates for our customers. We also have fast and easy finance options and special online deals. Because of all this, we have established ourselves as a reputable and preferred HVAC company of choice all across Ohio.